How to lint Typescript in a Gatsby project

I wanted to set up linting in a Gatsby project I was working on, but there weren’t any great resources for linting Typescript. I wrote a plugin to make it easy– here’s how to set it up.

Disclaimer: I use yarn in all of my sample commands, but you can easily switch it out for NPM and it’ll work.

The plugin (gatsby-plugin-tslint) is available through NPM, so you can use either yarn or node to install it. Visit the plugin’s github page to learn more about it, if you’d like.

You’ll also need to install tslint-loader and tslint as a dependency. Both can be installed as dev dependencies.

If you want to install all of these in one easy command, do this:

2. Add the lint plugin to your gatsby-config.js file

Add the line gatsby-plugin-tslint to the plugins section of your config file. If you don’t have a config file yet, you can find good documentation about it on gatsbyjs.org.

Assuming that you’ve installed TSLint into your repo, you can use it to generate a tslint.json file (this is the file that configures your lint rules). If you install tslint globally, you can just run it from the command line, but if you’ve only installed it locally, you can still use its executable to generate your file for you. At the top level of your directory, run the following command:

If you installed it globally, you can omit the path and just use tslint --init.

Right now your lint file probably only extends the recommended set of rules and nothing else. It’s useful to extend the react-specific lint rules. Do that by installing the tslint-react package:

In addition to extending the tslint-react rules, there are a couple of tweaks that I find to be helpful when linting react. Here’s my preferred tslint setup:

If you made it this far, run gatsby develop (or yarn start). If everything was configured properly, you should be seeing gatsby start linting correctly: 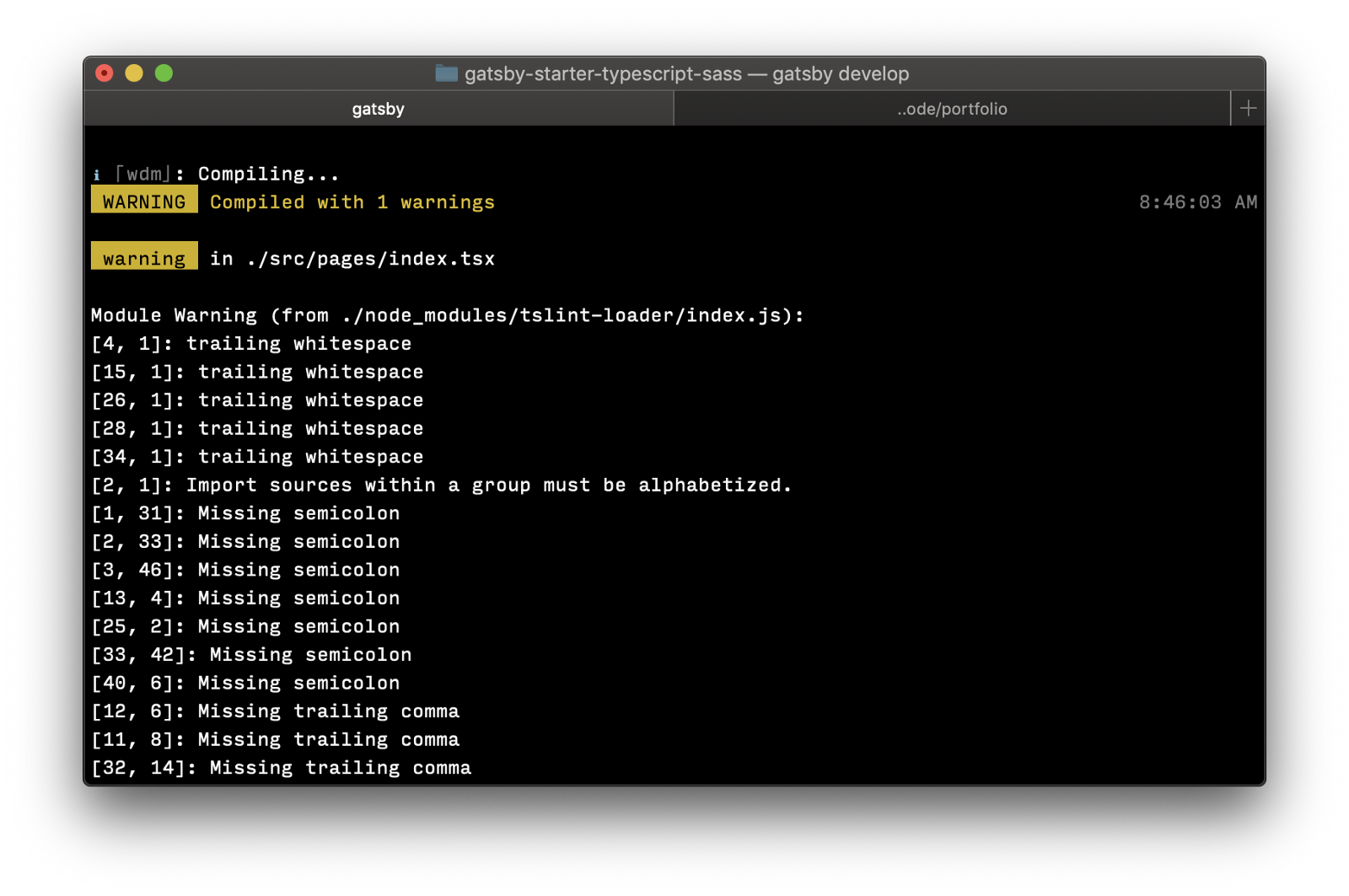 This article was originally published on Medium.
Read older:
How to quickly deploy a Gatsby site with Netlify
Read newer:
Email signup forms with Gatsby and Mailchimp
© 2020 The Trevor Harmon
TH